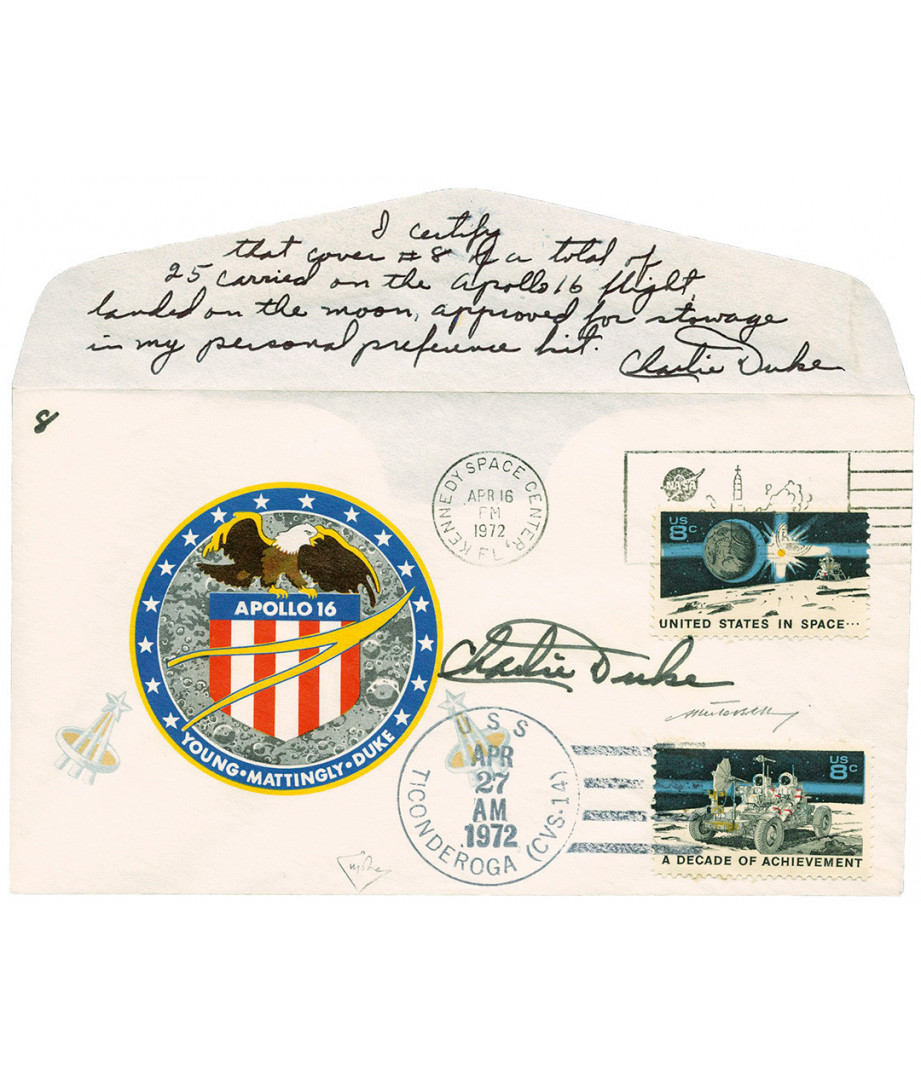 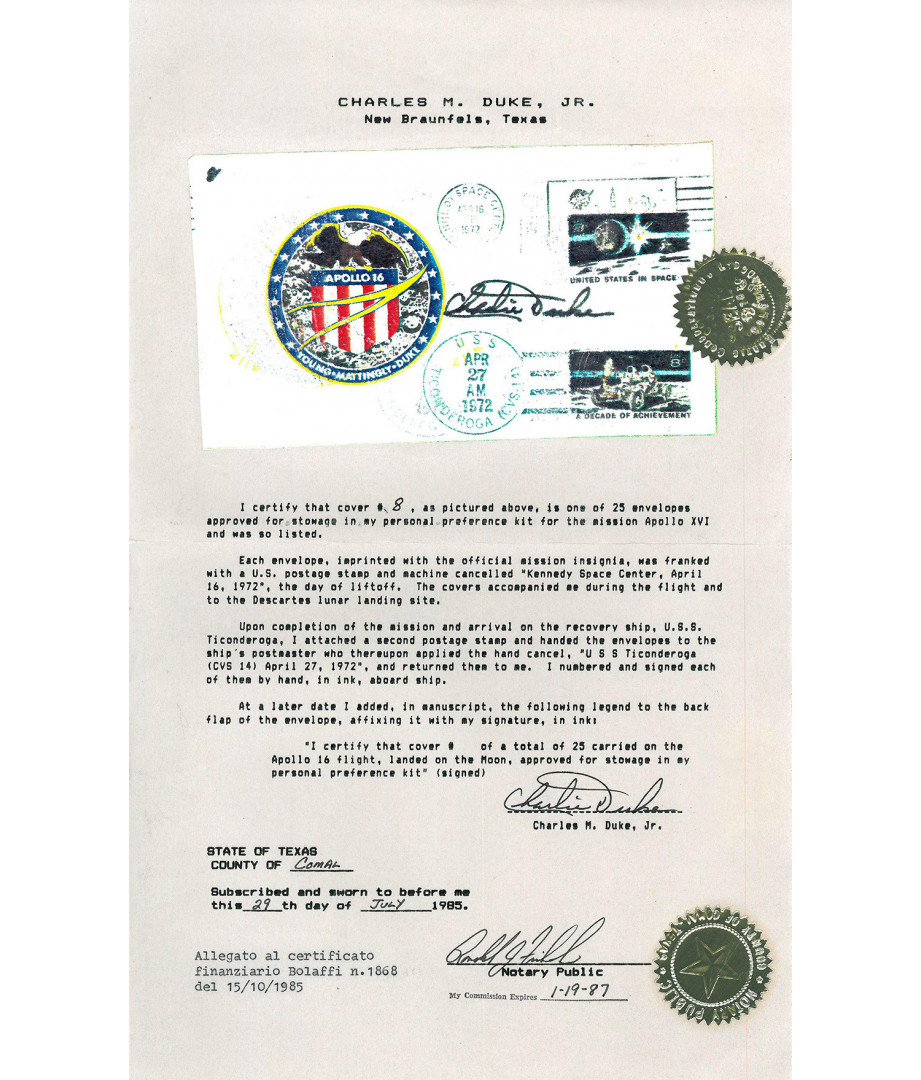 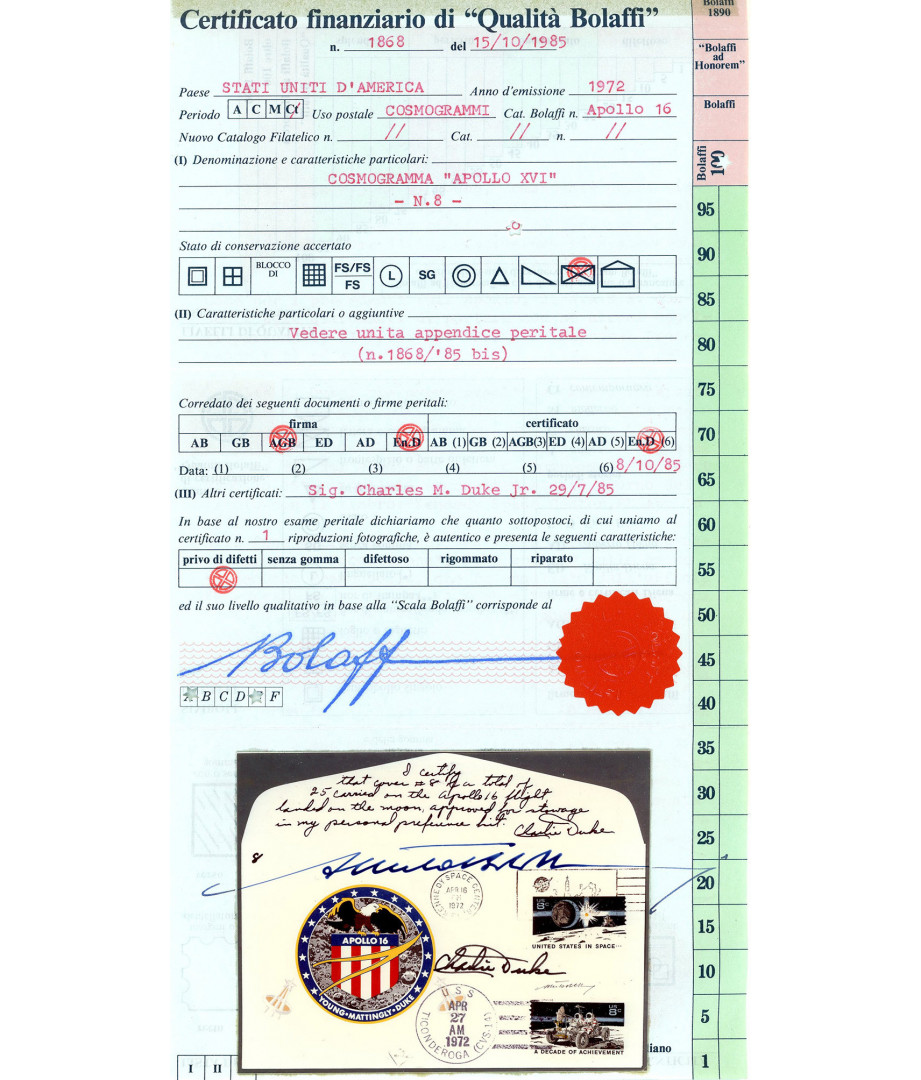 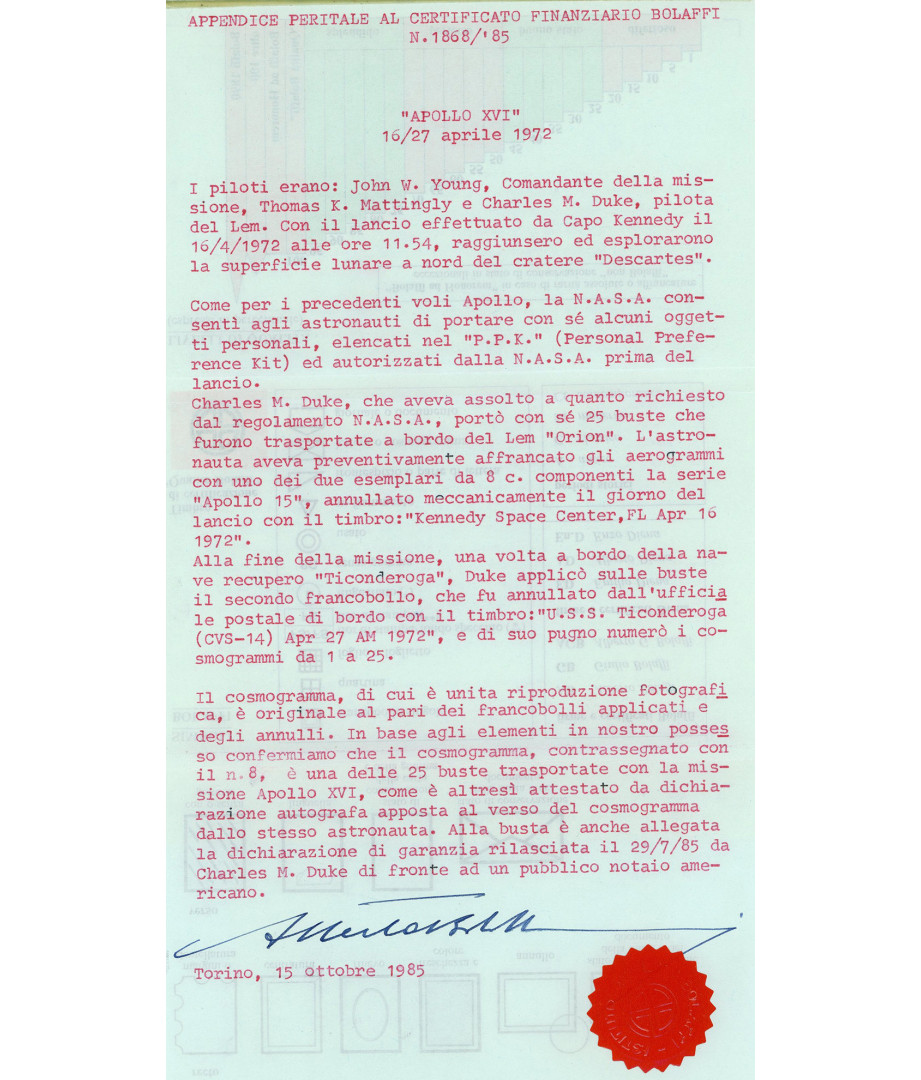 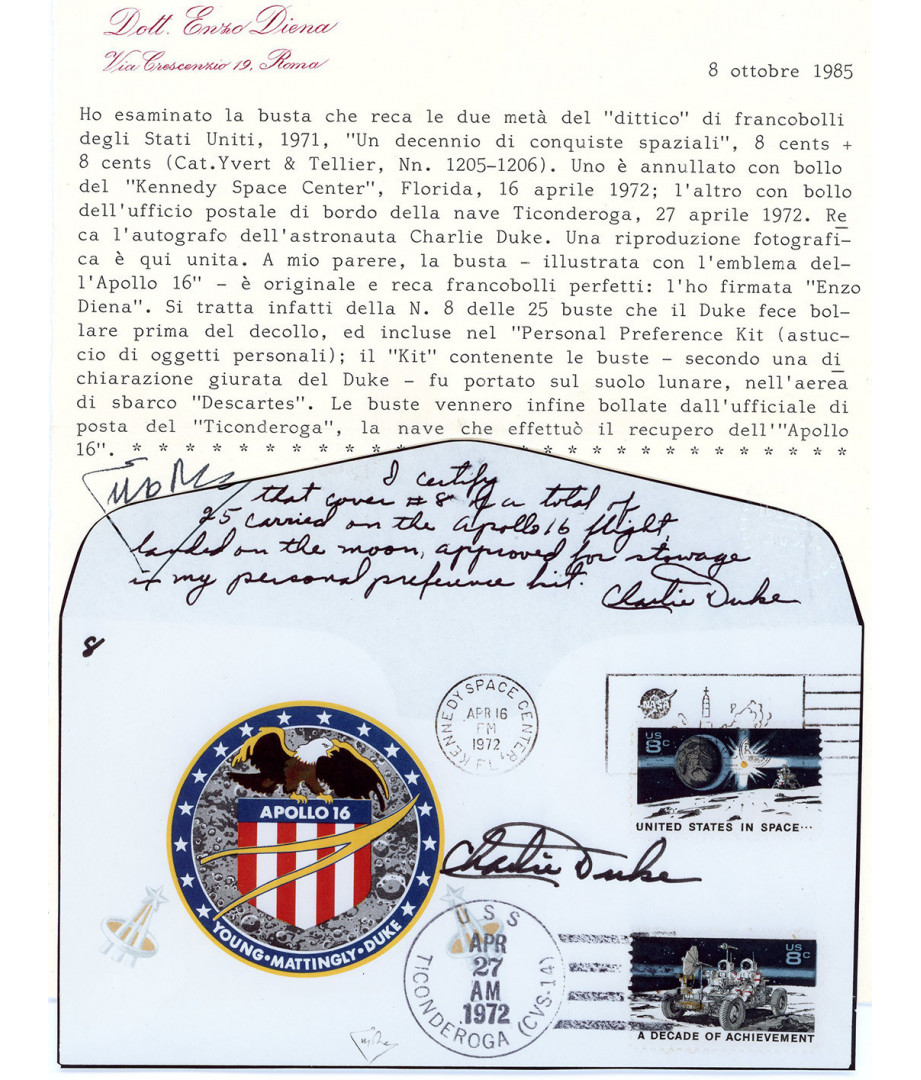 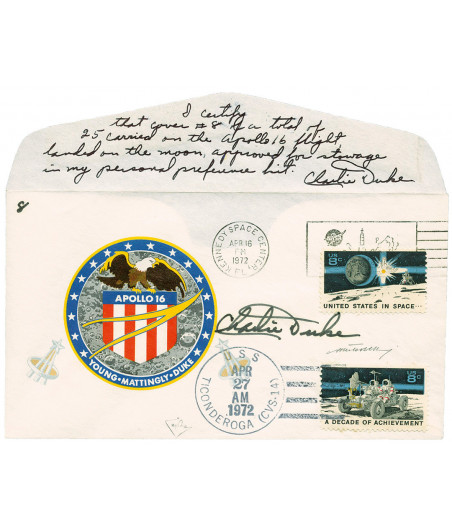 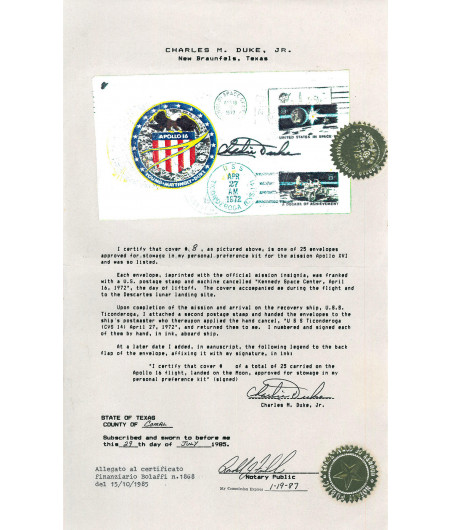 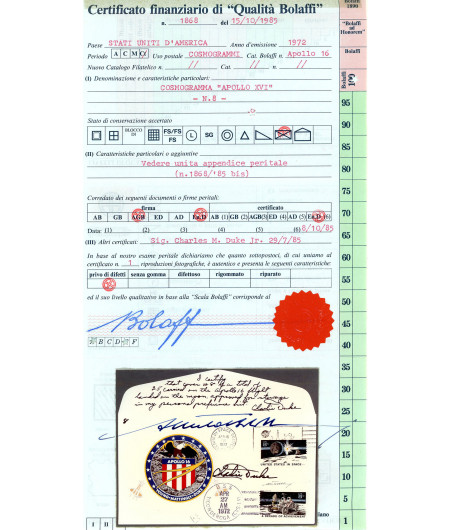 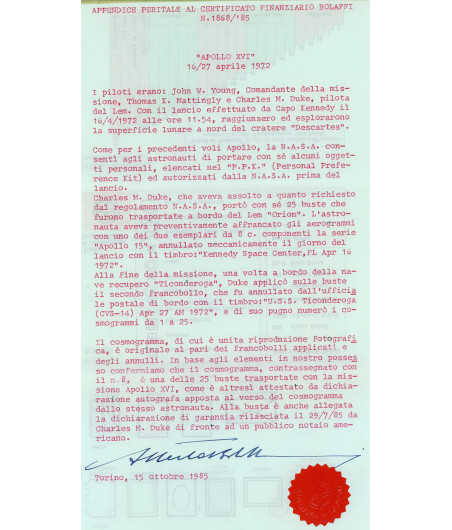 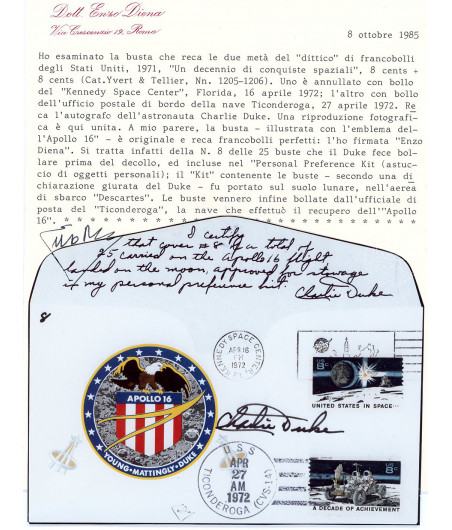 USA - 1972 - APOLLO 16 - space letter n.8 out of 25 that Charles M.Duke included in his "Personal Preference Kit" during Apollo 16 mission - franked with two halves of the diptych "A decade of Space achievements" c.8+c.8, canc. "Kennedy Space Center, FL Apr 16 PM 1972", launch day, and canc. of the ship Ticonderoga board post office, 27.4.1972, recovery day - in the upper part of the cover, the astronaut's handwritten text and signature: "I certify that cover 17 of a total of 25 carried on the Apollo 16 flight landed on the Moon, approved for storage in my P.P.K. Charles Duke" - guarantee declaration by C.M.Duke issued on 29.7.1985 in the presence of an American notary public - A.Bolaffi (financial cert. 100% with expertise appendix 1986) - Enzo Diena (cert.1986) - the Apollo 16 is last mission of Apollo flights authorized to carry mail and the 25 space letters carried from 16 to 27.4.1972 by Young, Mattingly and Duke are last ones to reach the Moon and are considered to be the rarest Moon space letters 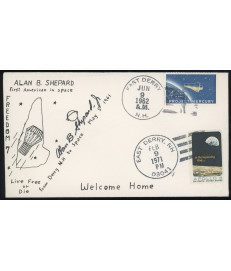 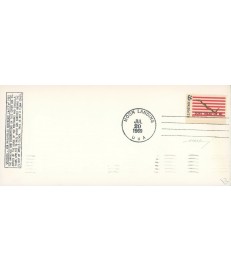 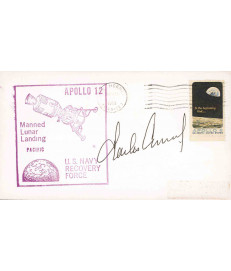 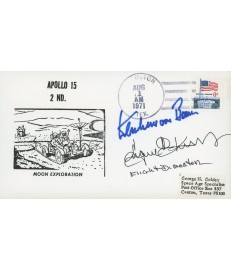 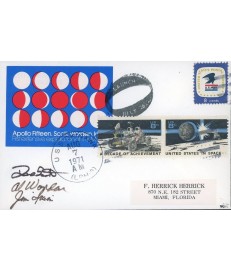 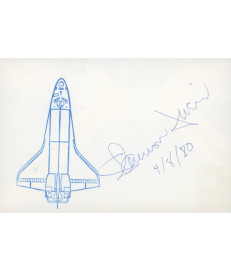 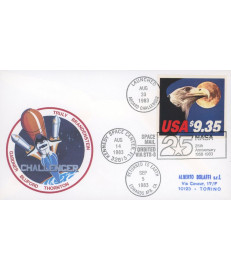 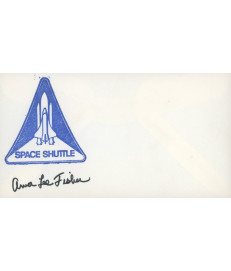 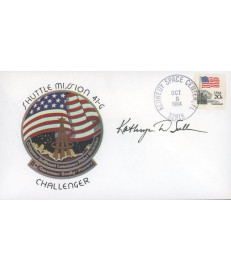 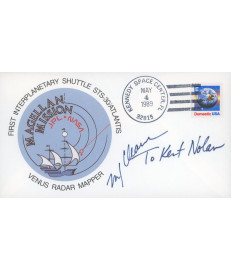 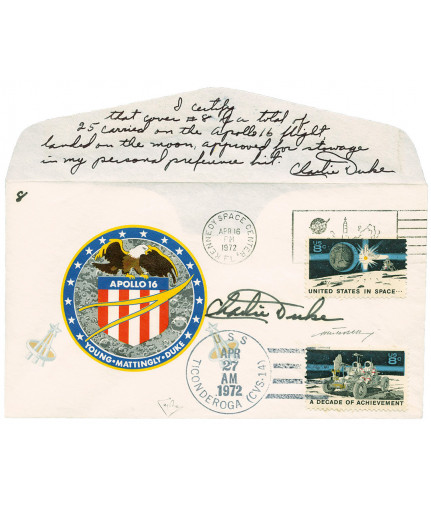 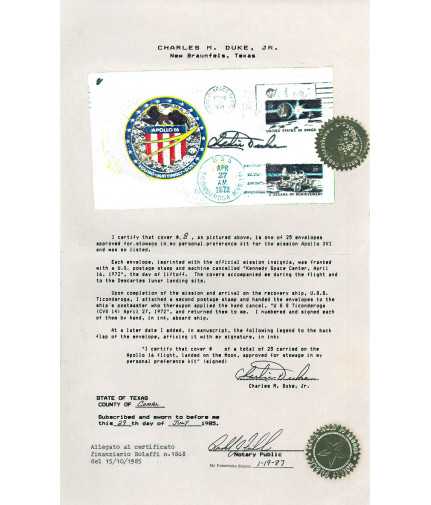 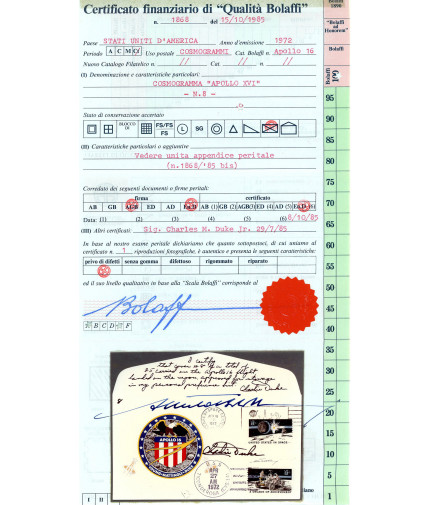 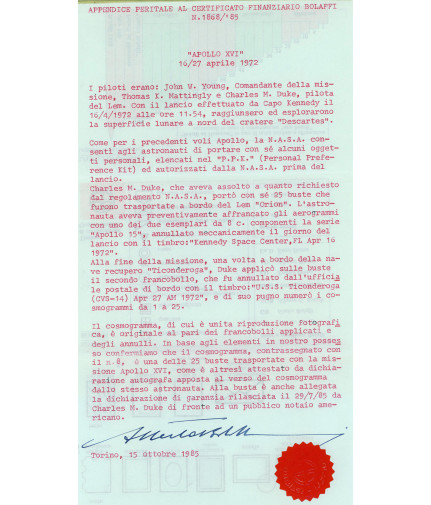 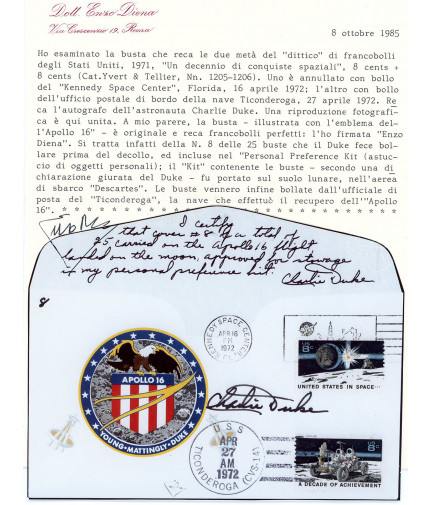