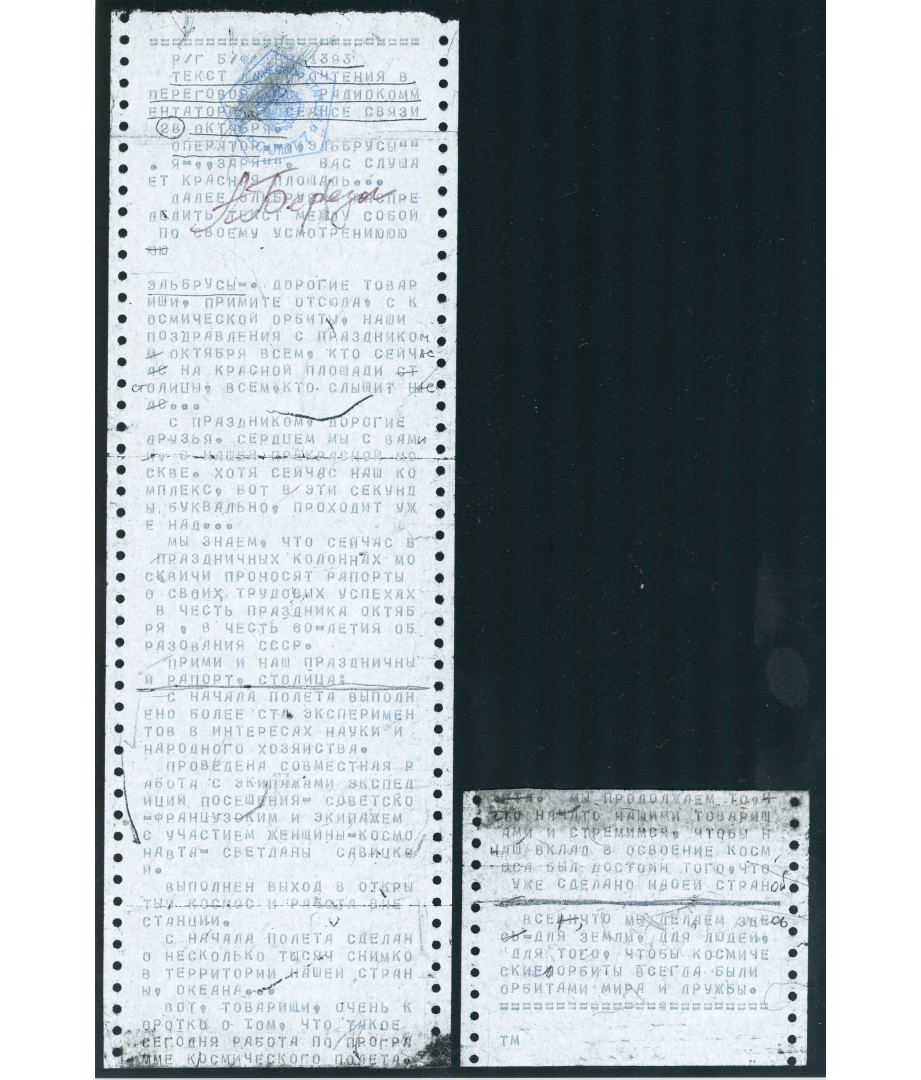 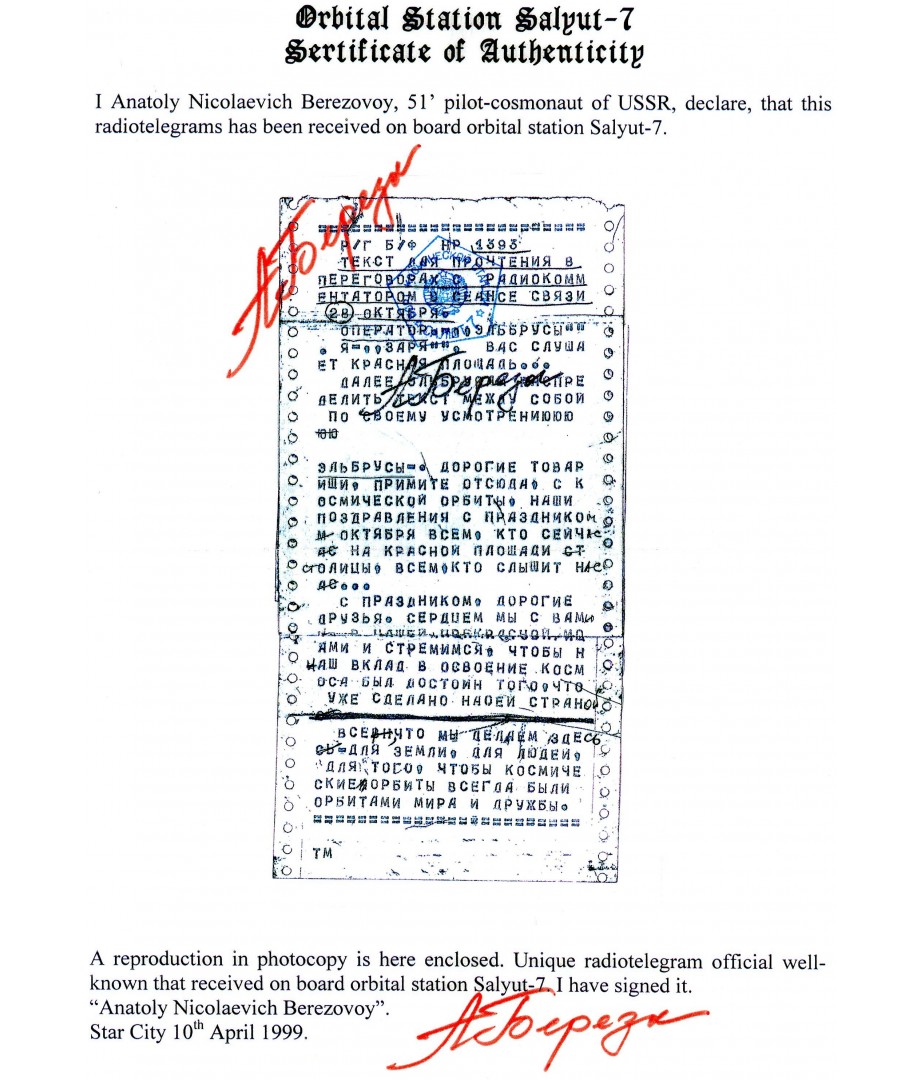 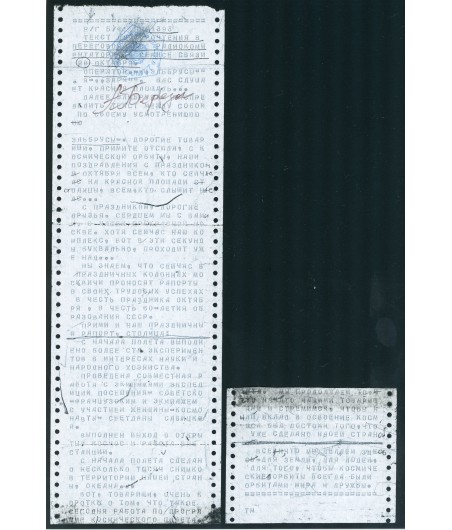 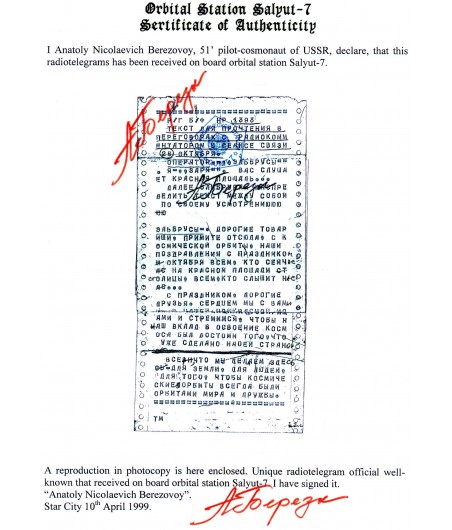 USSR - 1982 - orbital station Salyut-7 - space official radiogram/telegram coded with orbital station board instrument (length cm 31) with note handwritten on the back by A.Berezovoy (Soyuz T-5/Salyut-7/Soyuz T-7) "A greeting prepared for the event on the Red Square" on 7.11.1982 which confirms the transport aboard Salyut-7 - text of the radiogram of greeting to the operators of the Elbrus mission (A.Berezovoy and V.Lebedev, the first crew resident from 14.5.1982 in the new Salyut-7 space station, 211 days in Space 13.5-10.12.1982) to be read on 28 October during the connection with the radio reporter on duty on the occasion of the October USSR celebrations - board pentagonal postmark "Salyut-7" realized by State Society Krunichev - signature of Anatoli Berezovoy - translation of the radiogram into Italian - authenticity cert. signed by A.Berezovoy, 1999 - very good quality - very rare document as to destination, period and lenght 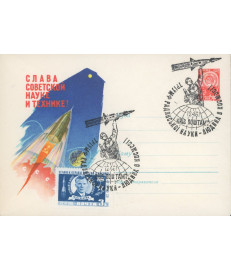 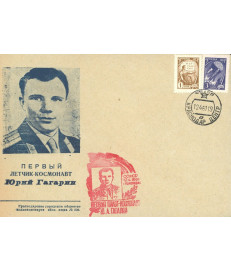 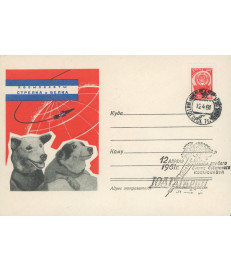 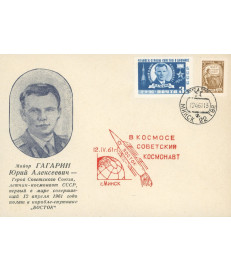 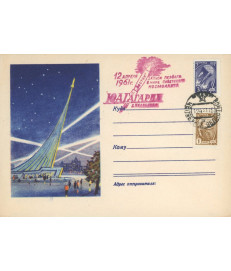 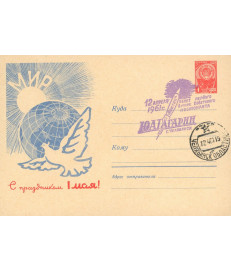 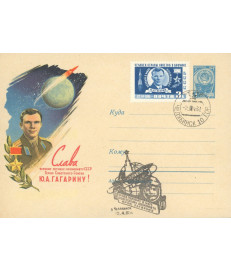 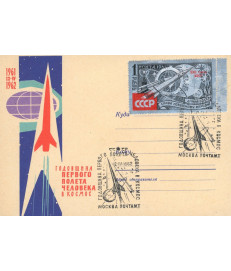 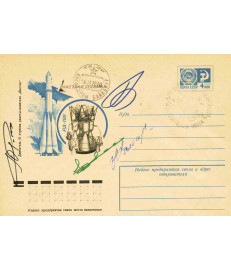 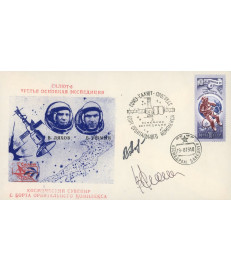 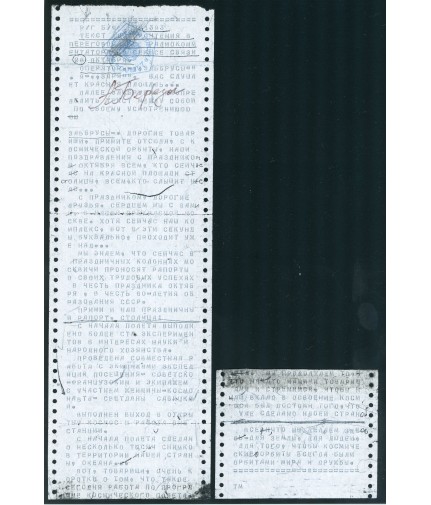 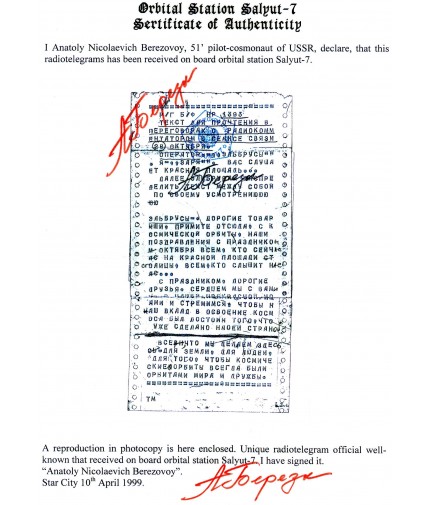