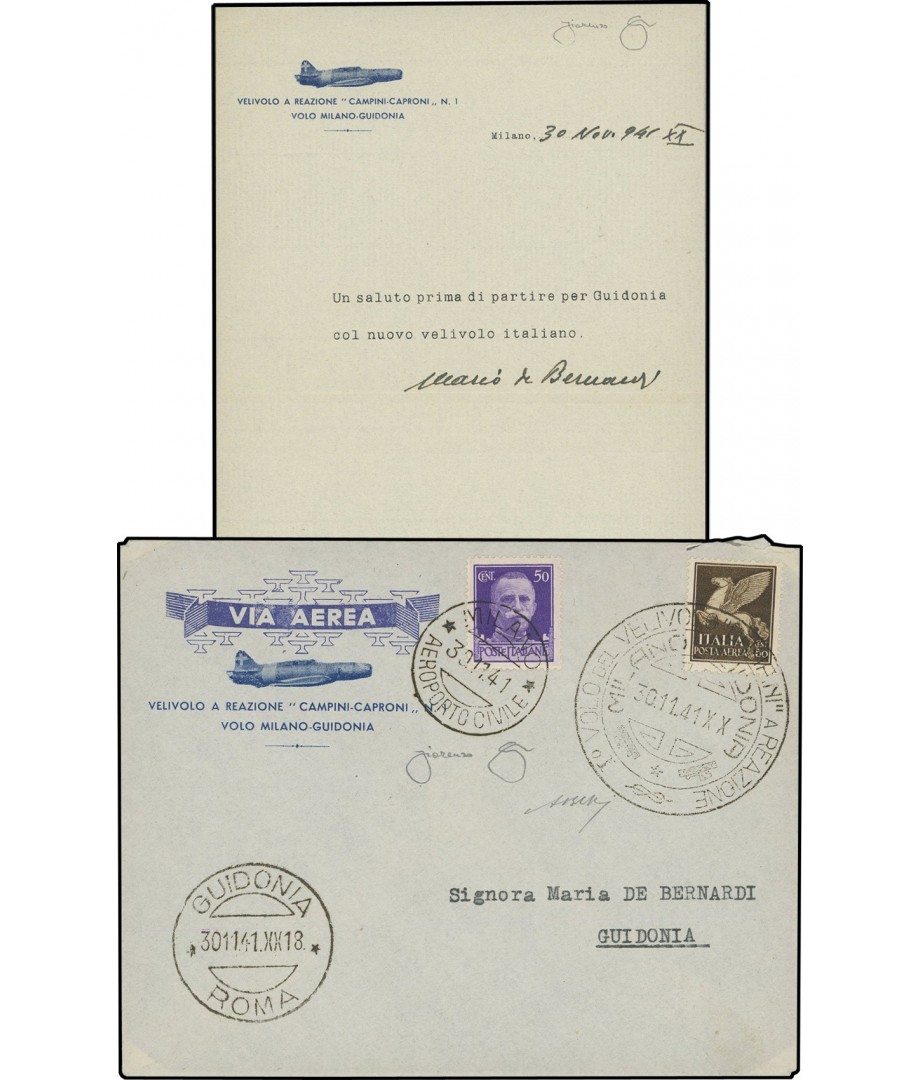 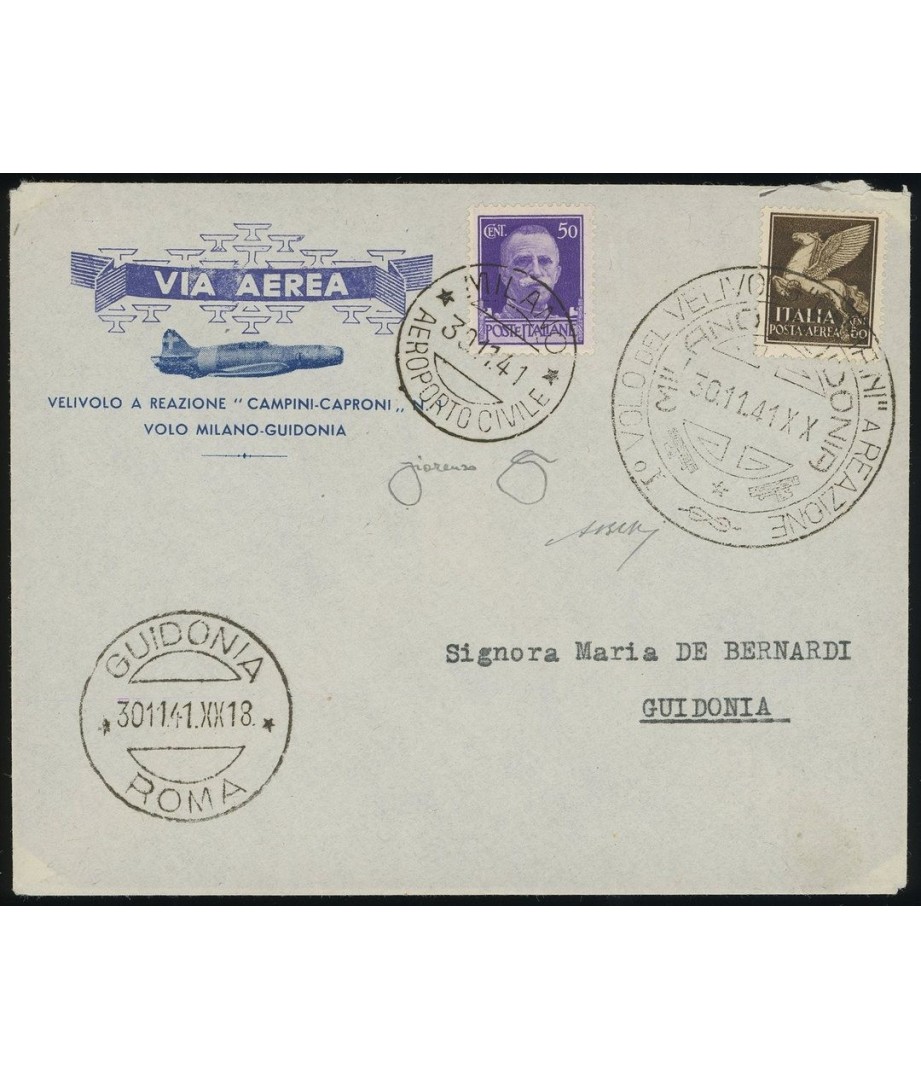 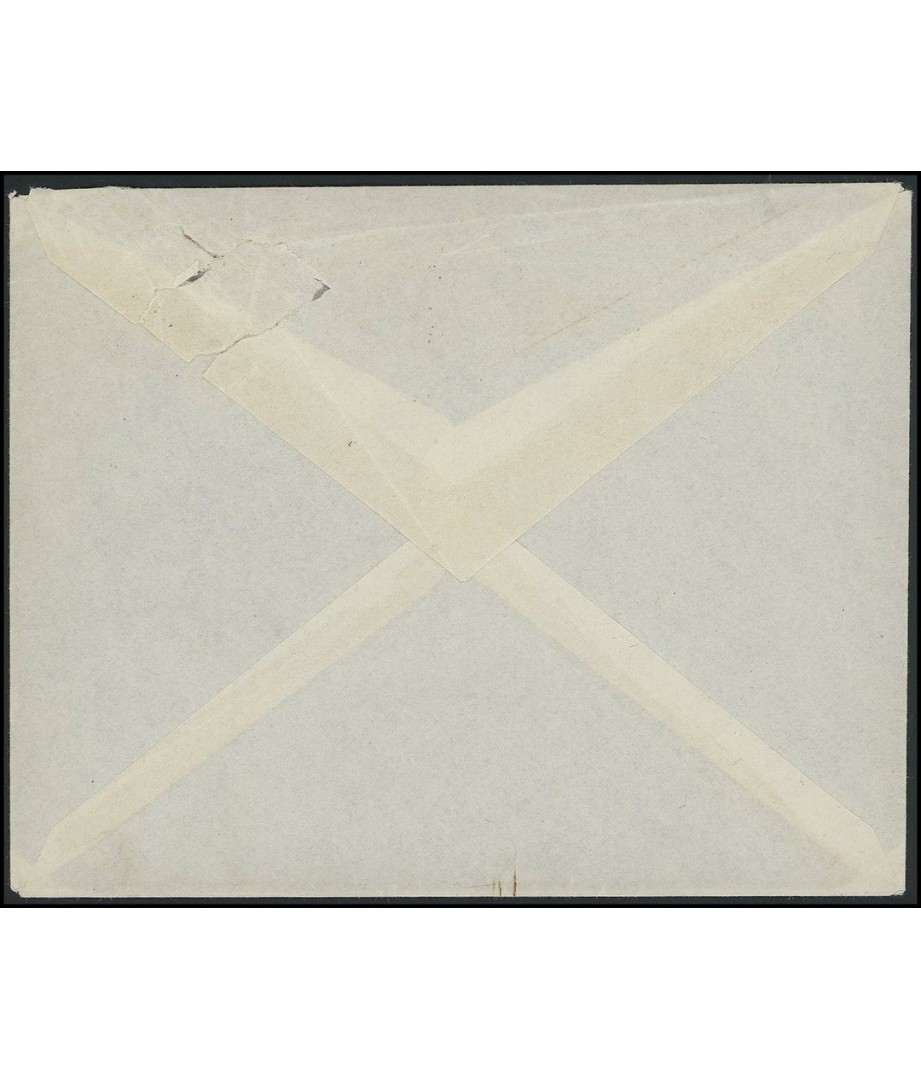 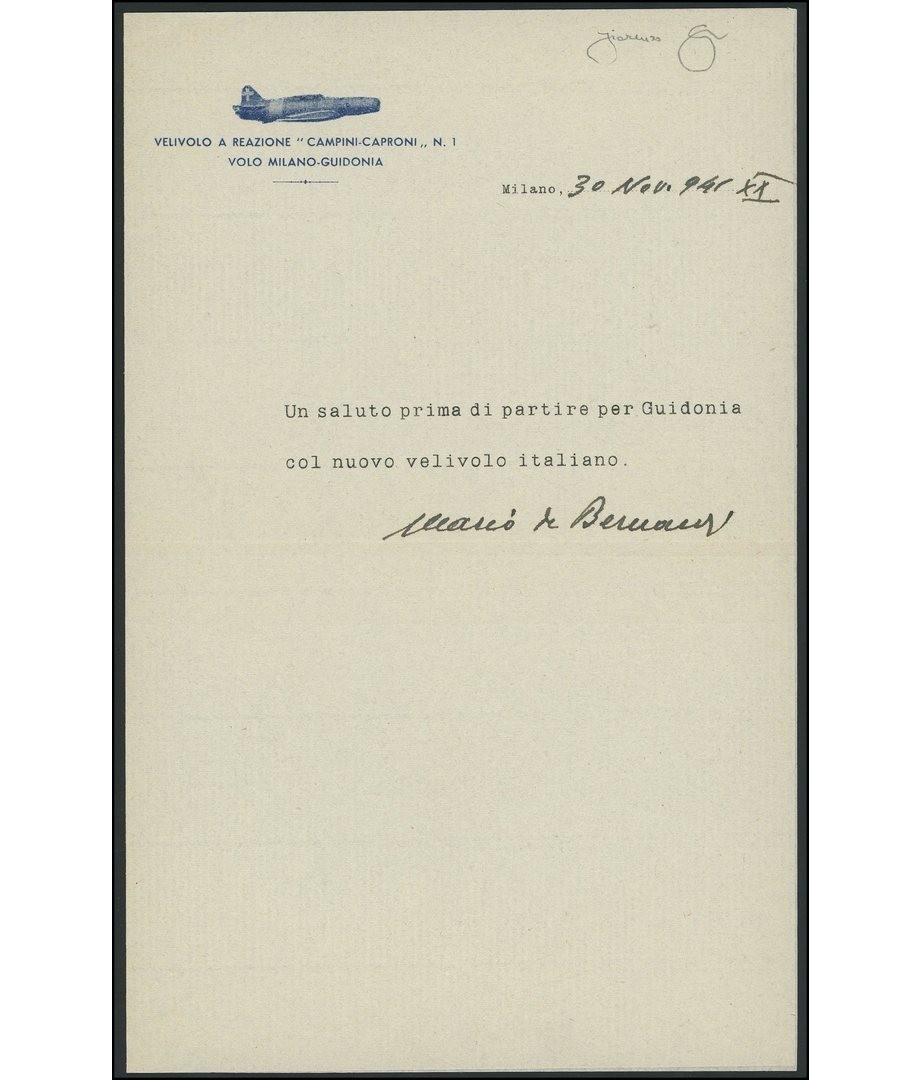 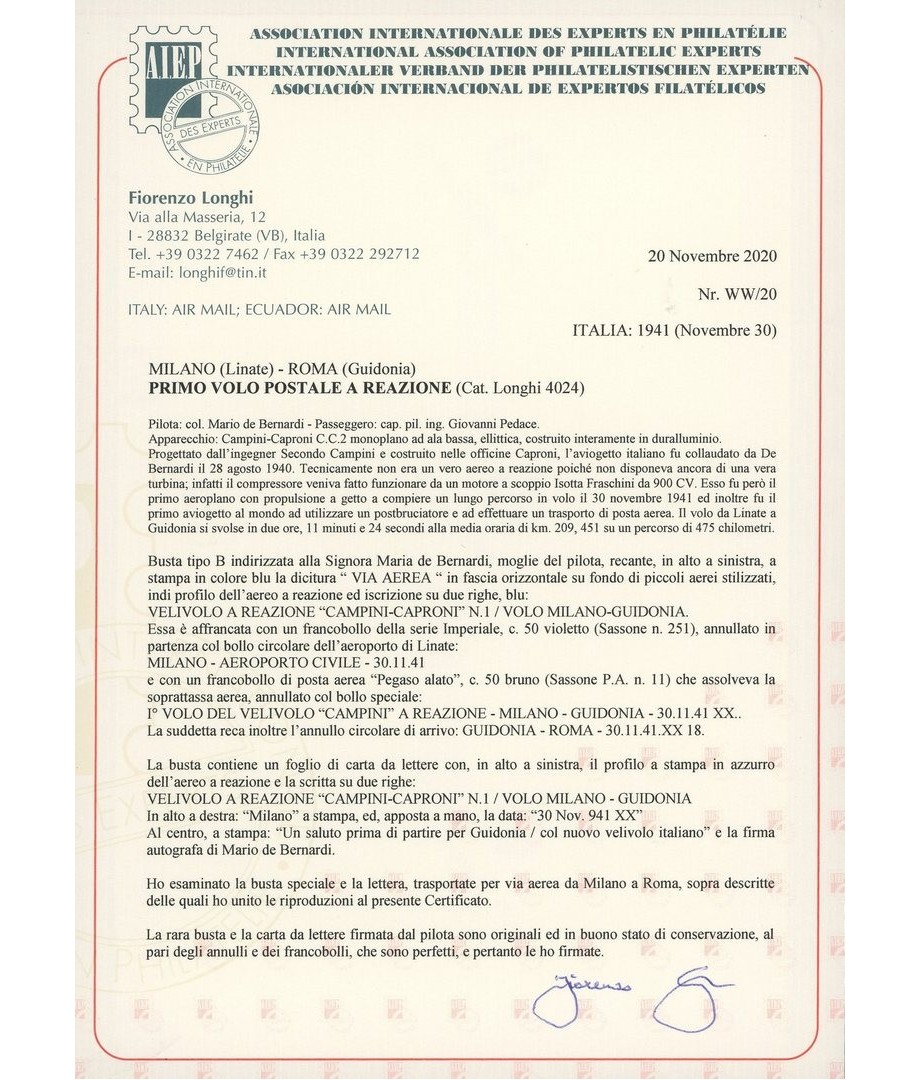 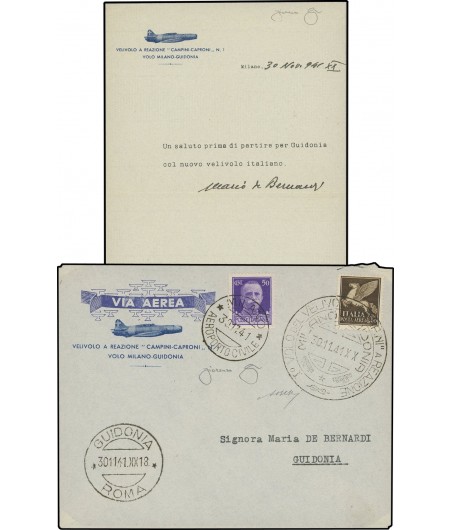 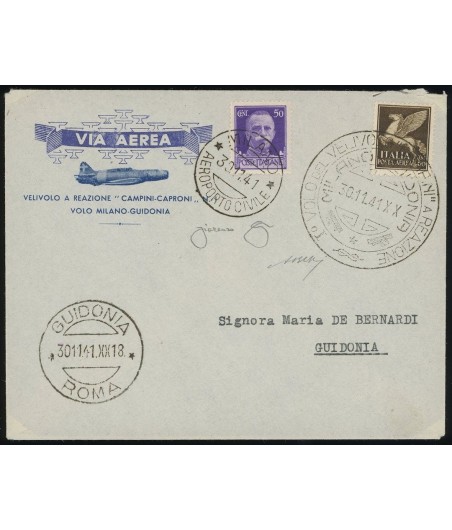 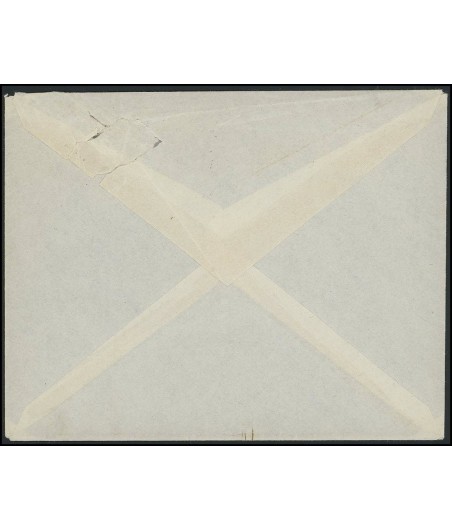 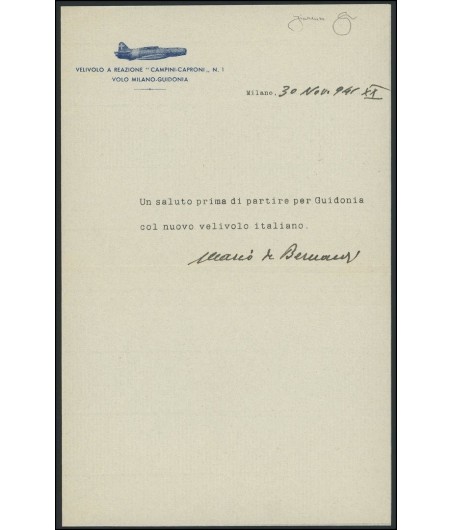 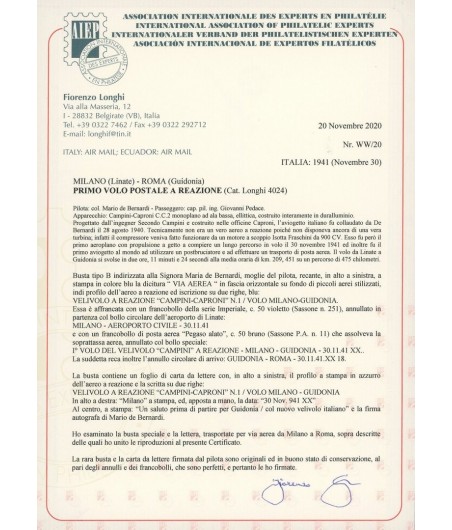 Italy - 1941 - Airplane "Campini-Caproni"- Flight Milan (Linate) - Rome (Guidonia) - first mail flight in the world with a jet aircraft - Pilot Mario de Bernardi - envelope with sheet of writing paper and the signature of Mario de Bernardi - it was the first jet-propelled airplane to make a long flight and, moreover, it was the first jet aircraft in the world to use an afterburner and carry air mail - Mario de Bernardi accompanied as a passenger by Cap. Pil. Ing. Giovanni Pedace, on 30 November 1941 successfully completed the first postal jet flight, from Linate to Guidonia in 2 hours, 11 minutes and 24 seconds at an hourly average of 209 km, 451 over a distance of 475 kilometres.
Envelope type B addressed to Mrs. Maria de Bernardi, wife of the pilot, with the wording “Via Aerea" printed in blue on the top left in a horizontal band on the background of small stylized aircraft, then profile of the jet plane and inscription on two lines, blue "Velivolo a reazione Campini-Caproni N.1 Volo Milano-Guidonia" - franked with Imperiale c.50 + c.50 "Winged Pegasus" airmail postage stamp, which paid the air surcharge, Sassone n.251+11 - canc. of departure from Milan Civil Airport, of arrival in Guidonia (Rome) of 30.11.1941 and flight special canc. "I° Volo del velivolo Campini a reazione - Milano - Guidonia - 30.11.41 XX" - the envelope contain a sheet of writing paper with, top left, the blue printed profile of the jet plane and the two-line writing "Velivolo a reazione Campini-Caproni N.1 Volo Milano-Guidonia"; top right, "Milano" printed, and the date "30 Nov. 941 XX" handwritten; in the middle, printed, "Un saluto prima di partire per Guidonia col nuovo velivolo italiano" (Greetings before leaving for Guidonia with the new Italian aircraft) and the signature of Mario de Bernardi - A.Bolaffi - F.Longhi (cat. n.4024 - AIEP 2020 cert. "Rare envelope and the writing paper signed by the pilot ... ") - good quality and rarity 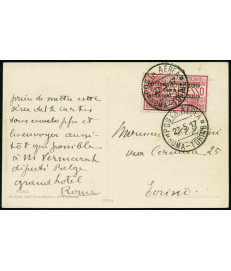 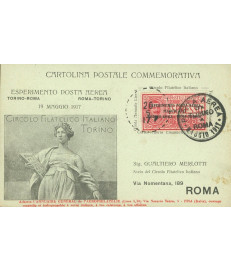 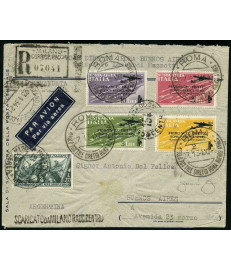 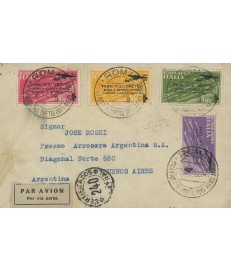 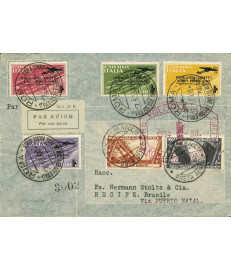 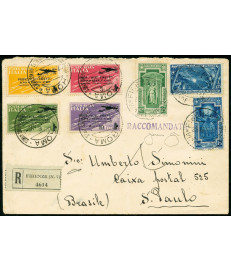 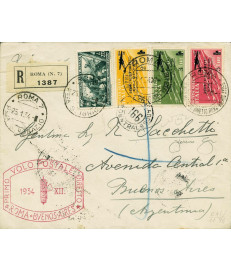 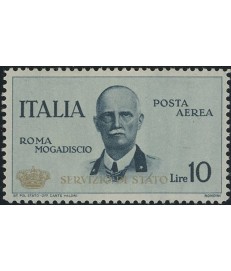 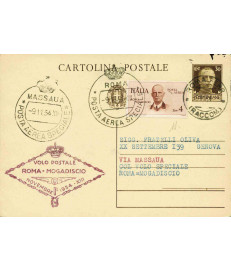 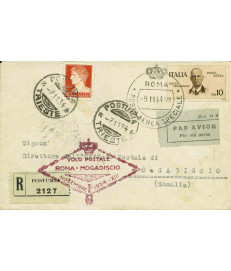 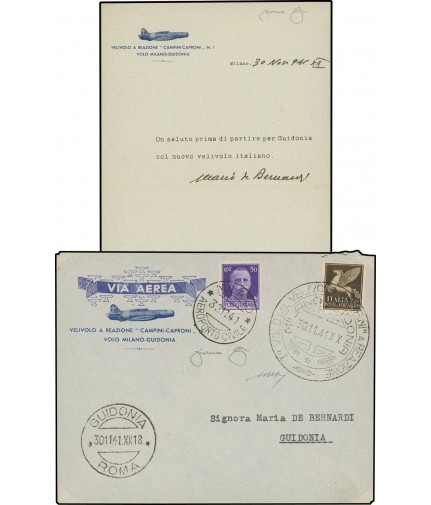 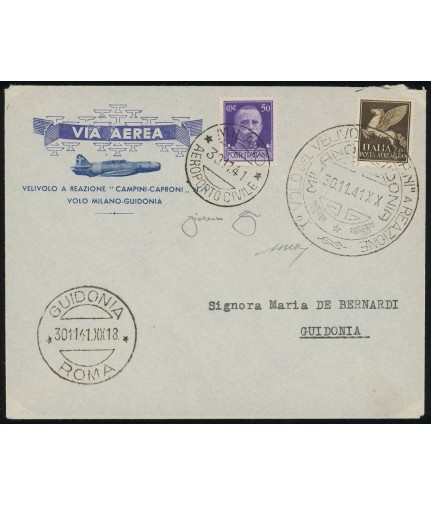 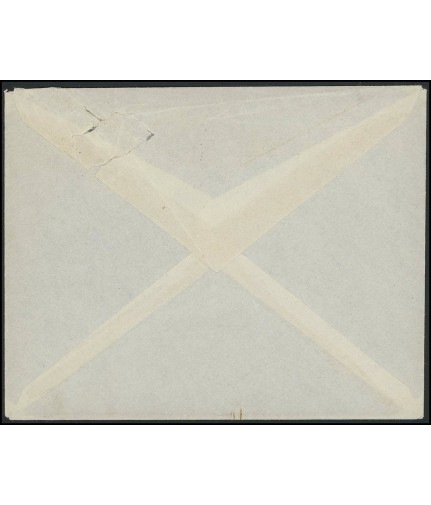 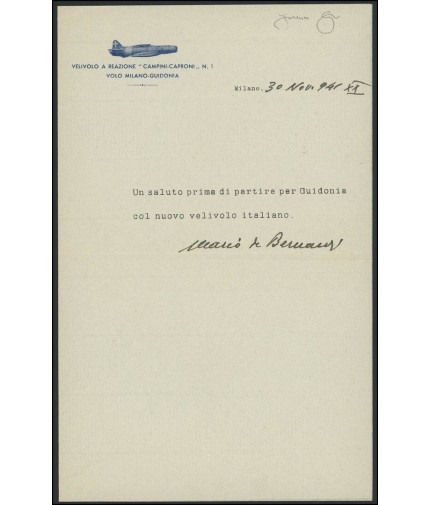 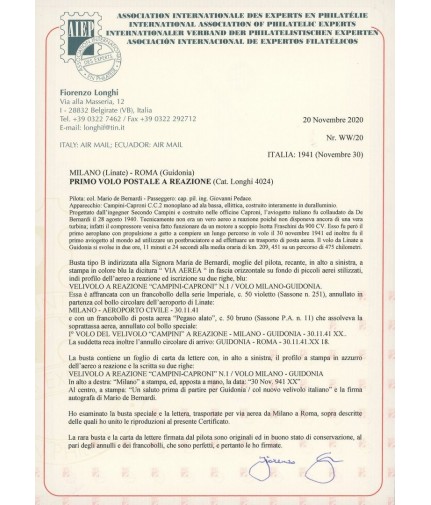