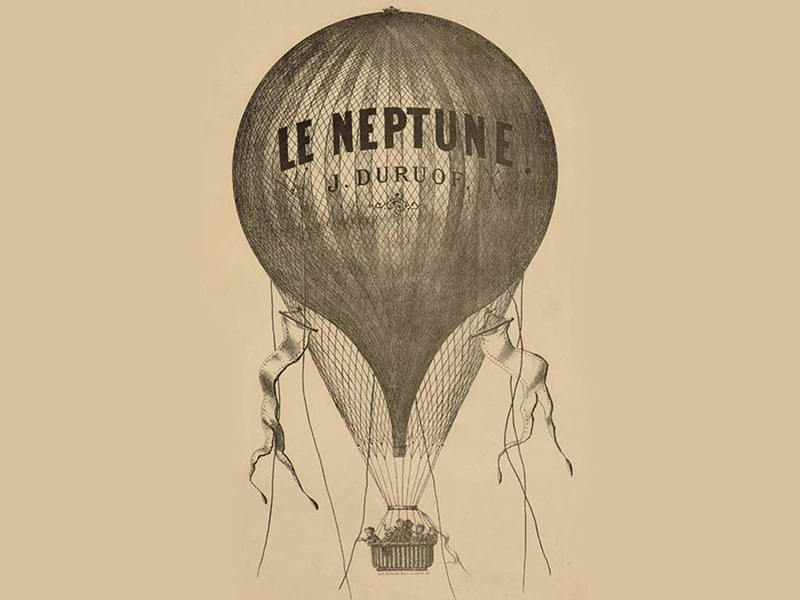 Paris is about to end up in check. Sedan's defeat is the starter of a main course that Parisians will find indigestible. Helmuth von Moltke, known as the Elder, orders the Meuse army to march towards Paris and surround it with 150,000 Prussian infantrymen.

On 19th September the iron ring closes like an atrocious grip, cutting off any possible attempt to enter or leave the city.

All communications are blocked or intercepted by the Prussian army. It is the time of the attempts to communicate with the outside world.
Mr Duval breeds dogs, which are all pedigree and trained. And he has an idea. Duval's idea is simple, i.e. to use man's best friends as couriers by tying messages to the collar of each of them. By counting his dogs and those of his friends, he is sure that enemy troops will not be able to block them all. But he is wrong. The soldiers are expecting it. The poor animals are all slaughtered as soon as they are at the musket and within bayonet reach.

In the days following, despair in the city becomes daily bread.

There is a rumour that food supplies have been overestimated by General Trochu. Added to this is the despair of another failure in an attempt to communicate with the outside world and receive news.

A young Parisian has proposed to use large zinc spheres, as message containers, to be thrown in the current of the Seine from the Muolins postal base. Unfortunately, the Prussians with fishing nets and gratings installed along the river, collect most of them without a great effort.

The portrait I do best is that of the person I know the best.
Felix Tournachon

The last resort, the "Nadar" sky

Airmail balloons, the so-called "ballons montés", are the solution to overcome isolation. Urged by the administration, Mr Felix Tournachon, called "Nadar" - photographer and aviation enthusiast - suggests to use manned hot air balloons to force the blockade.

And this works because, starting from 23rd September 1870 and for the following four months, 66 hot air balloons together with a free balloon with no name or passenger, described as "Non Dénommé", leave Paris with their postal load.

Some "airmail balloons" (ballons monté) loaded with mail and dispatches are collected, others land in the enemy area.  A couple get lost in the ocean but the adventure of the "Airmail Balloons" (Ballons Montés) has just begun and with it the story of the first airmail.

On 28th January 1871 Paris capitulates, conquered by the Prussian army. A passage that marks the definitive fall of the imperial government of Napoleon III and lays the solid foundation for the future German Empire.

But that's another story.

Immerse yourself in the atmosphere of Paris surrounded by the Prussians. Recall the stories of the besieged and their attempts to force the blockade.