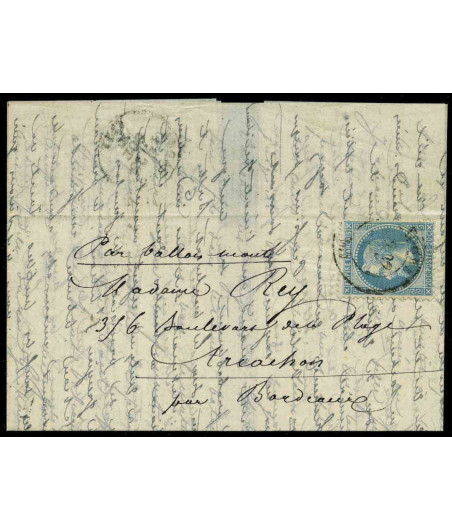 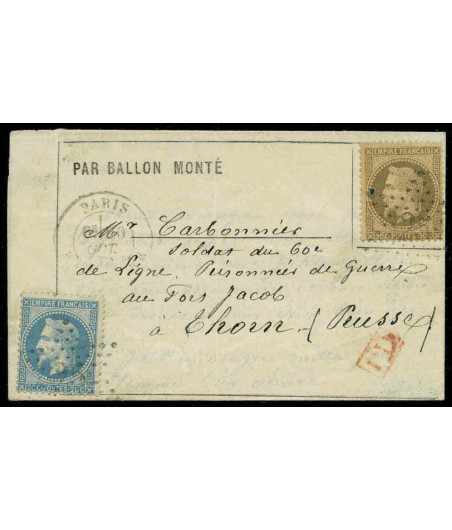 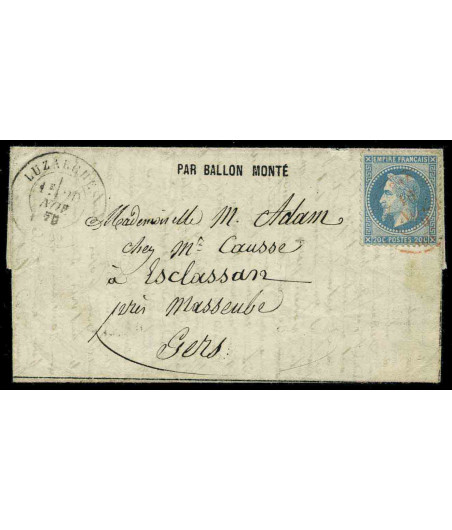 Organised airmail transportation starts here. And obviously this could not be missed in the offer of Silvia Vaccari Airmail and Space.

Paris is besieged by the German army of Bismarck and all outgoing and incoming access is denied.

In this grip, Mr Felix Tourmachon, called "Nadar", a fan of aerostatic flight, suggests the use of hot air balloons to force the blockade.

From 23rd September, and for the following 4 months, 66 hot air balloons together with a free balloon with no name nor passengers, described as "Non Dénommé", leave Paris with their postal load, composed of official and private communications, newspapers and requests for help.

The adventure of Airmail Balloons (Ballons Montés) begins... and continues to the very day on this website in the section dedicated to them.