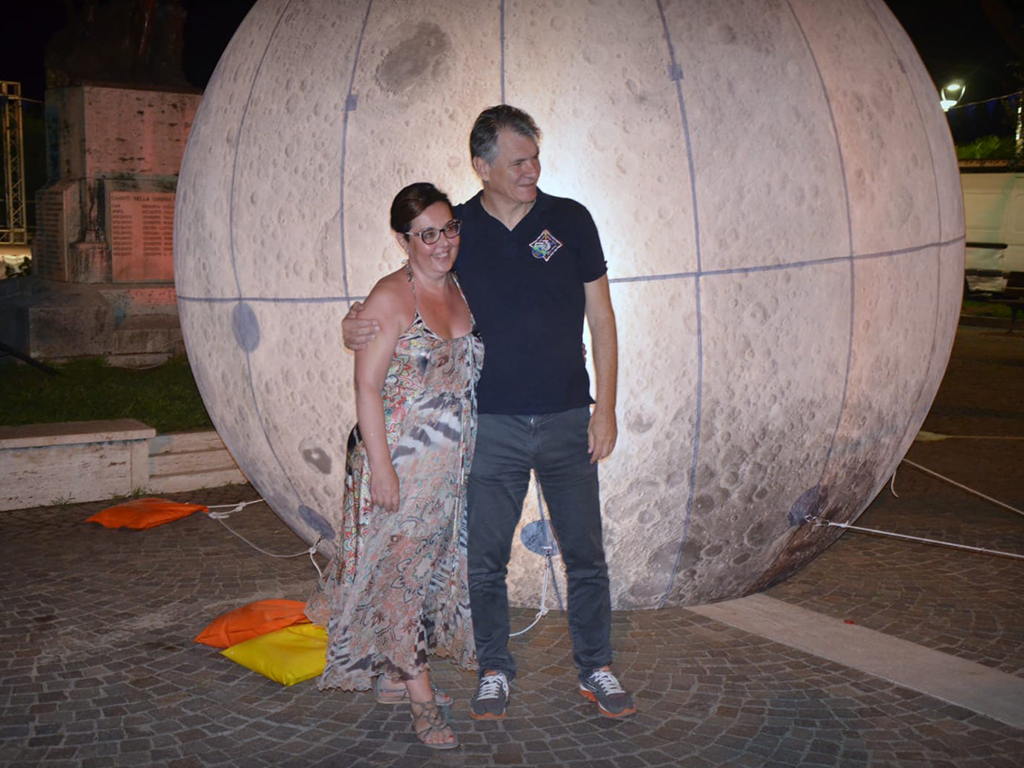 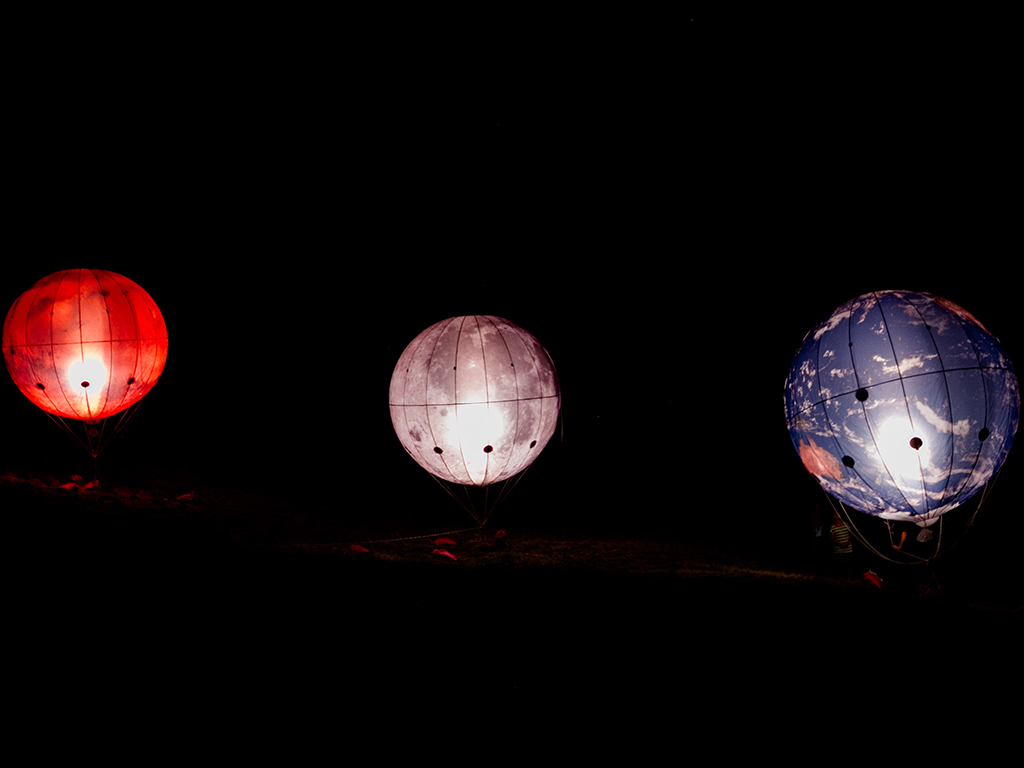 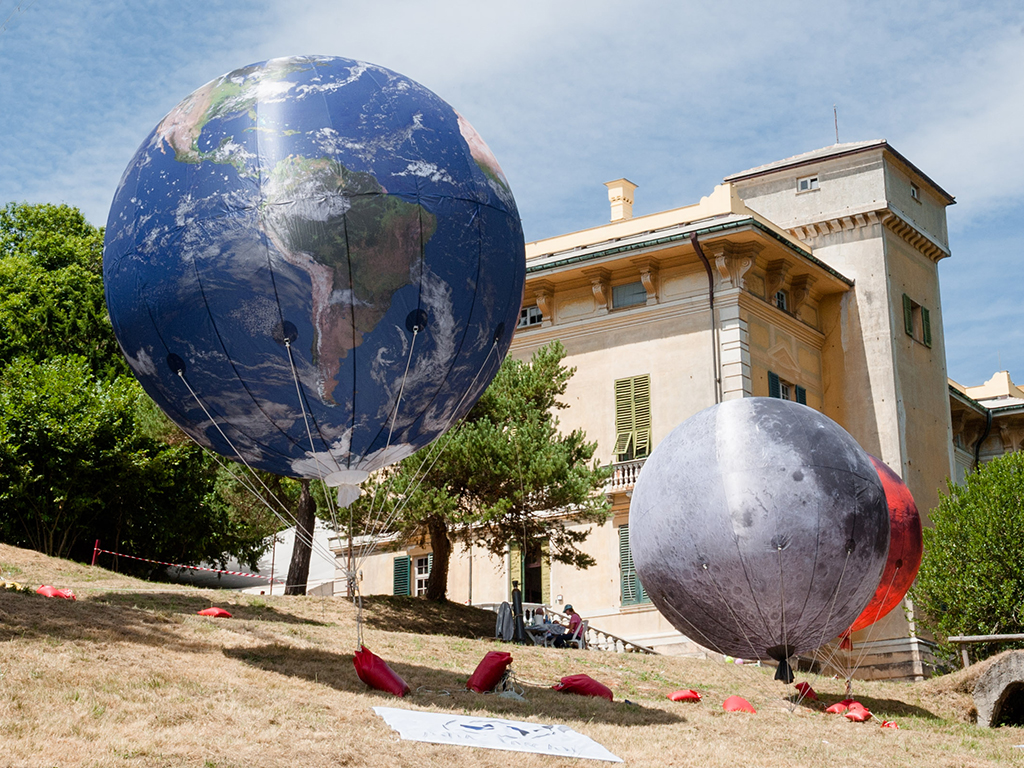 The balloons, Earth, Moon and Mars, are three certified professional hot air balloons with a diameter of 3.5 metres, inflatable with air or helium and that can be lighted up from the inside.

Are you organising an event? Amaze your guests with the cosmos within reach through the beauty and secrets of three celestial bodies.

Light, curiosity and admiration for an unrepeatable experience.

This was performed for the following events:

2019, Casa del Pingone, Turin. "Footprints of Men" Exhibition.
The balloon Moon, raised between the balconies, transformed the sky into a lunar terrain, bringing an incredible excitement in the crowds.
What better way to celebrate the 50th anniversary of the conquest of our natural satellite?

2018 and 2019, Spotorno. Fantastic Science Event.
A festival of science and science fiction, now known at a national level, consisting of shows, exhibitions, conferences, dedicated to children and teenagers.
Our balloon Moon shone in the town square, illuminating the audience, which was captured by the words of an exceptional guest, the"Star" Paolo Nespoli (Italian astronaut and engineer of the ESA).

And on many other occasions in 2019, during which the three hot air balloons were exposed.
The balloons Earth, Moon and Mars have brought man closer to the solar system and to the wonder of space.

You can rent these "planets", discover how right now.